On Sunday 24 February, PASALB took a table at the lunch in honour of Tony Waiters. This was held at the Duke of Cornwall Hotel and over the course of 5 hours from 2pm to 7pm, a very entertaining time was had. The PASALB members who made it down to Plymouth for this celebration were Mark & Lucille Joannes, Jan Walaszkowski, Lee Jameson, Neil Bavington, Virginia Pike, and Tony Prout. We were joined on our table by Argyle Legend Chris Harrison and his wife Angela. Chris, as you probably know is one of Argyle’s longest serving ex players appearing 324 times at centre back over 10 seasons between 1976 and 1985, so it was a great privilege and pleasure to spend the afternoon with him.

Many other players from the Tony Waiters era were there as well and over the course of the afternoon, we were treated to them and Tony being interviewed on stage by Gordon Sparks. Of course all of us were also lucky enough to see Argyle win 5-1 the previous day so it was a perfect weekend. To give a flavour of it to those who were unable to attend, below are a few photos from the afternoon

Tony Waiters, a sprightly 82, being interviewed by Sparksy

Mark_Joannes with Chris and Angela Harrison 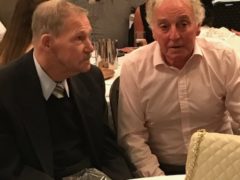 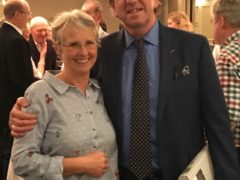 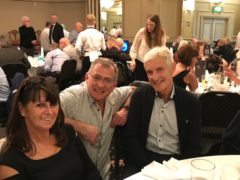 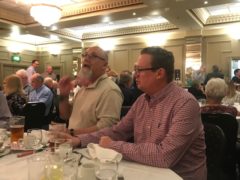 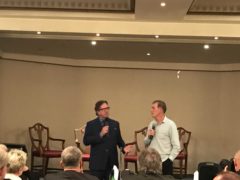 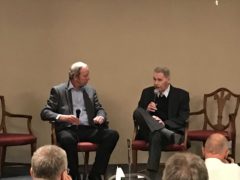