With the new Prem league season about to get underway, once again PASALB members are Invited to compete in a Fantasy Football “mini-league”. (Entry code l9k3cv)

This season-it could be you!

We also have a “cup competition” -same as above, but code is xz1l5f 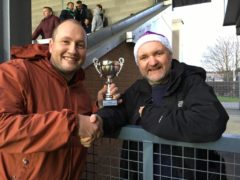