A frustrating Season which never really got going, with five of the six teams in Division 3 being pretty evenly matched we could have finished anywhere from top to 5th.  We actually finished 4th.  Inconsistency was the order of the day, as borne out by our last two matches played. We somehow contrived to be the only side to lose to bottom placed Southampton, but followed this by beating champions elect Blackpool!  Perhaps most disappointingly, the only team we didn’t beat was Exeter with both games being decided by the beer leg.  Had we won those two, it would probably have been us being promoted as runners up rather than them!

It was a very disjointed season, with many games being postponed and rearranged which in turn didn’t help with getting a settled team out.  However we did manage to get a full team out for all matches.

Yep that good old beer leg again, must get some beer drinkers in the team!

Paul Humphries and Dave Ridgeway once again entered the pairs tournament and whilst they didn’t repeat last years runners up placing…   they were once again beaten by the ebentual champions.

No individual tournament has been played this season, It is anticipated that this will be arranged on an evening prior to the start of next season.

We will again enter a team in Apscil Div 3 (and hopefully win it this time!)

The following Pasalbs played this season.

Top performer for the season was Paul Humphreys 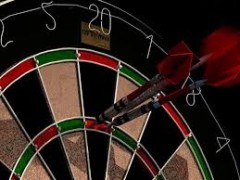