What a start to the season!

After surviving a shaky opening, during which they conceded four corners in the first six minutes, the Pilgrims gradually took control of the game.

Wylie’s first-half volley was exceptional, and Carey’s wasn’t bad either – a deflected long-range effort that gave the Wimbledon goalkeeper James Shea no chance. 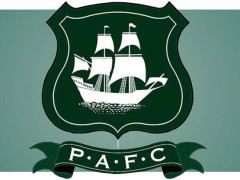