The inaugural season for the PASALB mini-league has created interest as the teams slog it out for the prize money.

PASALB Vice-chairman Greg Foxsmith currently tops the table with Rob Preece the only other committee member in the top ten (pictured).

Anyone who has a team in the Premier Fantasy League can enter the PASALB league for a small fee, the monies being divided as prize money at the end of the season.

If you left it too late to enter this year, watch out for a similar opportunity next season! 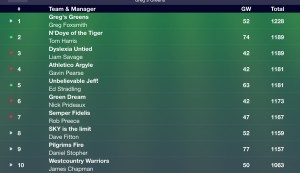 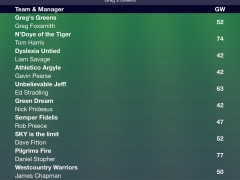