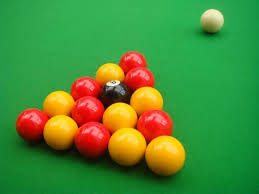 In the true spirit of APFSCIL, who run the league that pits London based fans of different football teams against each other, London based fans of Argyle (that’s us -PASALB!) and of Barrow AFC (the National Supporters Club) have combined to make up a joint Pool Team.  The union was formed in 2012, and continues to work well. New recruits are of course always welcome, whatever their standard, and members are also welcome to come along and watch a match, have a beer and a chat with like-minded fans.

We compete in the APFSCIL Pool League and Cup; fixtures, results and the league table can be found here.